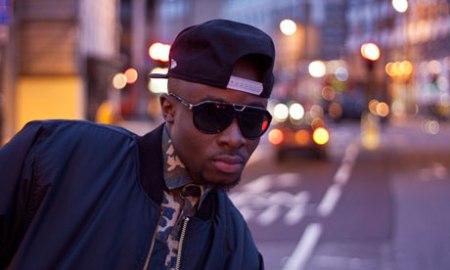 Organisers of the Music of Black Origin (MOBO) Awards have announced that three-time MOBO Award nominee; Ghana’s Fuse ODG is among the all-star line-up confirmed to perform at this year’s 18th anniversary event.Born in Ghana and raised in London, Fuse ODG’s Azonto song which featured Tiffany, was a hit around the world and it also became an internet sensation. The music video was said to have scooped over a million views in a matter of weeks.

Fuse has another hit song called Antenna. He has performed in countries like Nigeria, Rwanda, Cameroon, Uganda, Egypt and China.

The MOBO Awards was established in 1996 by Kanya King and Andy Ruffell. It is held annually in the United Kingdom to recognise artists of any ethnicity or nationality performing black music.

This year’s show will take place on Saturday, October 19 in Glasgow, Scotland.

Fuse ODG and another Ghanaian,  Atumpan, have been nominated in the Best African Act category  at this year’s event. Artists they will compete against includ  Seun Kuti, Tiwa Savage and Wizkid all from Nigeria.

Ghana’s Samini won in the Best African Act category at the 2006 awards.