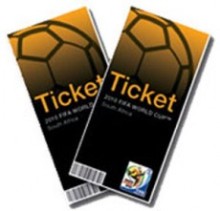 Tickets for Tuesday’s World Cup playoffs against Egypt have been sold out less than 24 hours after it went up on sale.

Around 32,000 were snapped up less than 24-hours after it was released onto the market.The National Sports Authority have been ‘blown away’ by the numbers that bought the tickets in such a record time.

“I went to the office to enquire and I was surprised with the rate at which the ticket was sold.”

The scenario clearly gives an indication of how local fans are anxious to feel the stadium in their numbers ahead of the World Cup playoffs against the North African country.

The Ghanaians are bent on securing a convincing win against the Pharaohs at the Baba Yara stadium on October 15 before the return fixture on November 19.