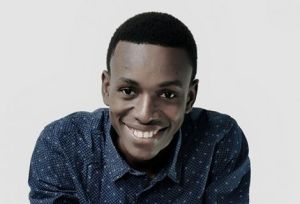 Gospel artiste and evangelist, Yaw Siki, may be in need but he has politely turned down an offer made by UK-based Ghanaian gospel musician, Sonnie Badu, to assist him financially.

He said his rejection of the benevolence was because Sonnie Badu rather chose to make his kind gesture public rather than contacting him privately.
Quoting scriptures to support his decision, Yaw Siki told Graphic Showbiz in an interview that it was dishonourable for people to make their good deeds known to others just for human praise.

“I’m not saying that it was his intention to get praises for the intended act but it wasn’t right to make it known to everyone.

I know that life hasn’t been easy since I gave my life to Christ but the truth is that, I just had to reject my senior brother’s offer,” he said backing his position with Mathew 6:1-4 in the Bible.

“That isn’t to say that I don’t appreciate it but of what good is a blessing when you make your good deeds public for human praise.

“If he truly wanted to assist, he could have contacted me first without making it public. I’m not in support of that because my Christian beliefs are against that so upon careful consideration, I had to turn down the offer,” he said.

Now an evangelist, Yaw Siki makes a living from offertory he receives after preaching in commercial buses and other places in the Tema Metropolis, as well as support from his family.

The young rapper gave his life to Christ after he escaped a near fatal accident on the Tema Motorway in 2013, a divine escape he attributes to the work of God who gave him a second chance to live and to use him as an instrument of His salvation.

“What I am doing now isn’t new to me at all. I was born and raised as a Christian with strict Christian values but I made the material things of this world more important to me than my salvation. I must say that I was lost but like the prodigal son, I’m back home now because God has given me a second chance,” he told Showbiz.

Yaw Siki, who first shot to fame in 2011 with his popular Wo Pe Dodo song, was noted for his risqué lyrics, a period the evangelist described as “the dark moments” of his life.

From his high-flying days as a secular musician during which time he enjoyed a huge following, Yaw Siki lives a relatively lonely life with fewer followers since becoming a born-again Christian, admitting he knows his new lifestyle would not appeal to all.

“I couldn’t take my bath for three months, I had to be assisted to do such things. It was a very unpleasant time for me. I coiled into my shell and reflected on what life had to offer me and how I had used my youthful days to champion the devil’s kingdom rather than that of God.

Since giving his life to Christ, Yaw has released songs such as Thank You, Ohene and Medi Wo Akyi. Unfortunately, the songs did not get attention as his secular songs did but that, he said, was not much of a problem to him now since God has directed him to abandon music and concentrate on evangelism.

“I have tasted both worlds and I know there is nothing good in what I was doing previously. I pray my brothers and sisters find out the truth and follow the right path,” he added.