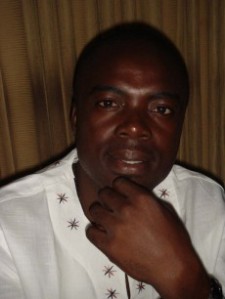 Bits and bobs of information reaching us here has it that one of Ghana’s most listened to and controversial radio presenter Nana Kwabena Bobie Ansah is heading to the Maestro, Kojo Antwi’s new radio station BREEZE 90.9 FM for a late afternoon talk show.

Bobie is a fifteen year industry veteran whose career covers news reporting, presenting music and religious shows with stations as varied as Mighty FM, Meridian FM, Luv FM and Hello FM. He is one of the most strident interviewers with a penchant for ferreting out of information in a direct approach which endears him to his audience.

If Bobie joins BREEZE 90.9 FM as being speculated, that would signal a change in direction as pundits had expected the station to be a hybrid of both English and Twi languages.

Test transmission is still underway and is operating from the Airport residential Reliable intelligence picked by us indicates that the station’s decision to engage Bobie Ansah to host an afternoon talk show is an indication of the fact that they want to be influencers in the scheme of affairs and not just passive participants.

Some of the names being bandied about as likely to be on Breeze FM include ace actor Kofi Adjorlolo, radio and television personalities like Mikki Osei Berko and Betty Anim Addo, multiple Big Brother Africa graduate Sammy Bampoe and a blend of fresh voices.

From all indications, Bobie Ansah hits your airwaves from Monday June 2, 2014.