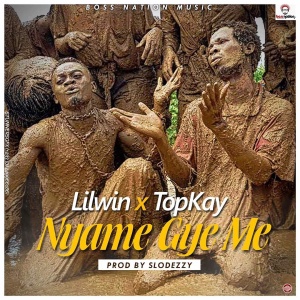 One of the most sought-after actors in Ghanaian movie industry Kojo Nkansah, talked about his new single ‘Nyame Gye Me’ with Okay FM on Monday 28 August. Recently, a video appeared on social media of Liwin and some people with mud on their bodies in Denkyira-Obuasi. Some people thought that he was shooting a movie but he revealed that they were rather shooting a music video there.

He featured Top Kay, who is also part of his Boss Nation Music record label.

It will be released on Wednesday 30 August at 12pm (Ghana time).