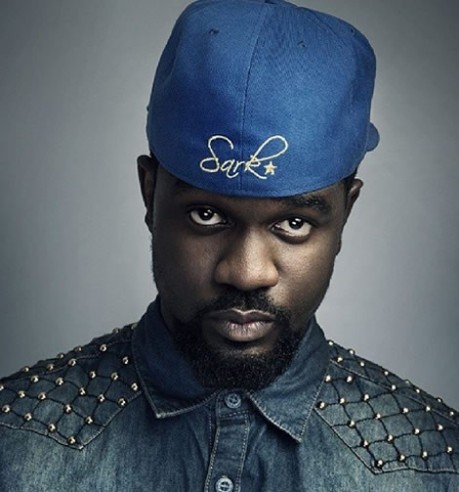 Sarkodie is on the verge of losing his Sark Collection brand to one gentleman by name Obuobi Jeremiah who initiated the idea of starting a clothing line for Sarkodie and after several discussions with Sarkodie and his management members, provided the design, style, logo, artwork and the brand name Sark. Jeremiah Obuobi is doing business with the brand name OBJ Clothing therefore he suggested the brand name OBJ Sark 1. In a writ of summons dated 23rd October 2013, Sarkodie including two of his core management members Isaac Duncan-Williams and Sammy Forson of Y-fm are to appear at the Akufo-Addo, Prempeh & Co Chambers, who are the solicitors and legal advisers for OBJ Clothing.

Among other demands, the lawyer in charge of this copyright infringement case Barrister Kwabena Boye Adjekumhene is demanding a whooping GHc 90,000 to be paid to his client, being the fee due to the plaintiff for creating the artwork, to render proper accounts of all shoes, clothing and accessories to which the artwork created by the plaintiff has been applied and sold in order to aid the court as to the quantum of damages.

Hearing facts of the case as reported to Flex newspaper, Obuobi Jeremiah who happens to be the Chief Executive Officer of OBJ Clothing introduced this clothing line idea to Sarkode’s management including the logo, art work and after consideration, he (Obuobi) was asked to supply samples of the product line he was talking about.

Out of this burning desire to work with the most bankable artist in Ghana, he proceeded to Kumasi and started sewing foot wears with the Sark design and artwork on them. During one of the Rapperholic concerts, OBJ Clothing provided T-Shirts which were used by management and followers of the artiste and some given out as “freebies” to Sarkodie’s fans at the concert inside the Dome of the Accra Conference center.

Obuobi presented the samples to Sarkodie and his management team but there was no favorable response from them until he read in the news that Sarkodie had launched his Sark Collection clothing line without his knowledge. Flex newspaper reporters saw some of the sample products and can confirm that production process really started.

When Obuokbi realized that his artwork which is his intellectual property had been infringed upon, he wrote to the copyright office of Ghana to seek redress, Mr. Atiemo at the Copyright office wrote back to Sarkdie and his management people but there was no good deal out of it, until he left the country to the United State of America where he is residing now.

Though Obuobi started talks with Sarkodie’s management especially Sammy Forson, promises to make payment for using his artwork was not forthcoming therefore his resolve to use Barrister Kwabena Boye Adjekumhene and his Akufo-Addo, Prempeh & Co Chambers to come to his aid. As of Monday during press time, there were indications that the writ had been sent to Sarkodie and his management members.

Flex newspaper is even gathering that, the extension of this case might include other individuals and institution who have used this artwork for their publicity activities.

If Sarkodie and his management fail to appear before OBJ’s legal advisors, they might meet them at the High Court of Justice: Commercial Division anytime soon or issue an injunction to close down the Sark Collection shop at Dzowulu. It is out wish at Flex newspaper that Sarkodie and his people will respond to this quickly to avert any issues that might affect the career and brand of the best rapper of our time.