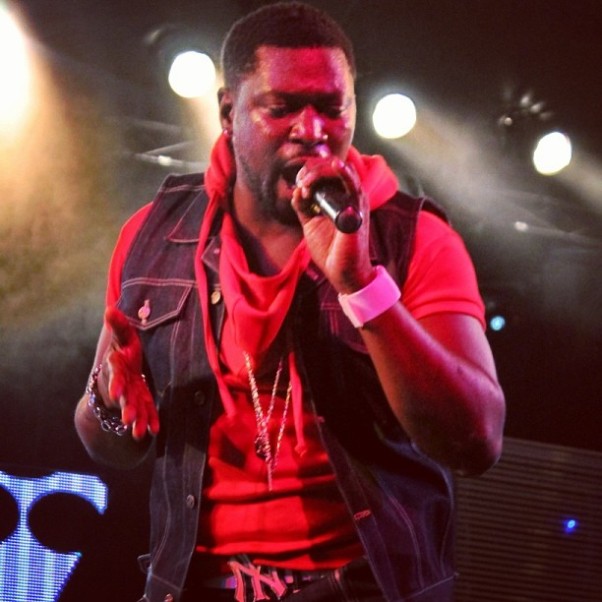 Ghanaians woke up on Thursday to the news of the sudden demise of Ronnie Quainoo Coaches , a member of Hiplife duo, Buk Bak.

Ronnie Coaches as he was popularly referred to in showbiz circles gave up the ghost at around 5am on that fateful day at the Korle-Bu Teaching Hospital, a family source confirmed to this reporter.

Information picked up by this reporter indicated that, Ronnie’s ordeal happened in a space of just a week.

Reports, however, say Roonie complained of sever heartaches on Friday, November 15, 2013, almost a week to his untimely death.

With several Blackberry messages and several calls from colleagues and friends concerning the sad news this reporter, without wasting much time, set-off to the residence of Amanda Jissih, hostess of E-Talk on GHOne television since the distance of my office to her residence is a few meters drive, for confirmation or otherwise.

Amanda is seen as a close confidant of Buk Bak and occasionally works for the group as a media strategist.

Both of us ended up driving to Ronnie’s house at Dansoman, a suburb of Accra where we met his baby-mother, Ophelia Adusei who wept uncontrollably.

Drama at the mortuary

There was drama and exchange of words as scores of people thronged the Korle-Bu Teaching Hospital, hoping to catch a glimpse of the body before it is taken to morgue.

Others who didn’t believe the ‘rumours’ also arrived in droves to have firsthand info about the reports, which had spread like wildfire in the media.

They were made up of mostly friends, close ‘paddies’ and music enthusiasts.

As they persuade the authorities to allow them to see the body, a woman who was in grief screamed at the crowd: “Seeing the body is not a guarantee that, Ronnie will come back to life. He is dead and gone!”

Her action obviously pissed off a section of the crowd sparking a heated argument.

The late Ronnie Coaches and Ophelia Adusei’s relationship was blessed with an eight-year-old girl, Rona.

According to Ophelia Adusei, Ronnie suffered a severe heart attack before giving up the ghost. A much trembled and obviously disturbed Ophelia was skeptical in talking to this reporter about the sad news.

Ophelia is not only sad at the demise of her baby-father, she is sick and on medications as she’s battling Herpes zoster, commonly known as shingles or ‘Ananse’ in local parlance.

Shingles is a viral disease characterized by a painful skin rash with blisters in a limited area on one side of the body (left or right), often in a stripe. The shingles had affected the back of her head and gradually making its way to her chin.

She tells me, the pain is unbearable and even gets worst when the sun is hot. She claimed she had been warned by the family of the late musician to stay away and not to speak to the media concerning Ronnie’s death.

“His [Ronnie] family members said I don’t have any right to speak on this issue, since I don’t stay with him,” she asserted in a trembling voice. Certainly, the expression on her face depicted pain and anguish.

According to Ophelia, Ronnie always picked her to the hospital due to her sickness for check-ups. She said Friday, 15th November, 2013 was the last day her late husband dropped her off at the hospital.

She continued: “On Saturday I called Ronnie’s phone several times, he never answered, but later his sister answered the call and told me he could not speak to me as a result of his heart complications.”

Ophelia said upon hearing the demise of Roonie, he reached a lady pastor whom they often go to see whenever they were faced with challenges.

She said the Osofo Maame (the lady pastor) burst into tears and disclosed that Ronnie had informed her on phone a night before he died that there had been a shortage of oxygen at the hospital and that the doctors on duty at the time were working around the clock to resolve the situation.

“Maa, I can’t breathe properly. I’m dying, I’m dying. They said the oxygen is finished and they are going to buy some. I’m dying. Maa, I’m dying,” the lady pastor reportedly quoted Ronnie as saying.

Before his sudden, Ronnie was said to have commenced making preparation for the video shoot of Buk Bak’s two latest singles “Feelings” and “Ex Girlfriend”.

How can a known hospital like Korle-Bu Teaching Hospital have lack of oxygen? They are suppose to have sufficient supplies for patients. A hospital should always keep its inventories up-to-date!  The doctors could have transferred him to another big hospital !