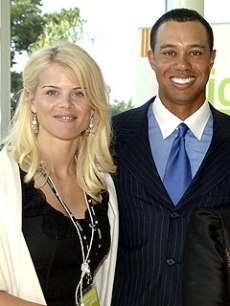 Just when you thought every stone had been left unturned in the Tiger Woods cheating scandal of 2009, a fresh report has revealed how the golf star’s then-wife Elin Nordegren caught him out by impersonating Tiger in a series of text messages.

That week, Elin had seen the tabloid headlines claiming that Rachel was Tiger’s mistress. A day before the story went to print, Tiger reportedly got Rachel to speak with Elin on the phone for half an hour to convince her they were just friends. Not so fast, Tiger!

When Elin grabbed Tiger’s phone after Thanksgiving dinner, she found a message from Rachel: “You are the only one I’ve loved.”

Elin pretended to be Tiger, writing back: “I miss you. When are we seeing each other again?”

Rachel replied immediately, surprised that Tiger was still awake. Elin called Rachel, saying, “I knew it was you. I know everything”.

Elin screamed at Tiger to wake him up. Tiger took his phone and locked himself in the bathroom to text his mistress: “She knows. I’m going to be packing”, writing another message about “divorce”.

Elin got the phone back and saw the word “divorce”. She chased after Tiger with a golf club, as he crashed his car into a fire hydrant close to their Florida home. The rest, as we know too well, is history. Tiger’s seemingly endless string of mistresses talked to the media, with Tiger eventually checking into rehab for sex addiction.

Elin scored $100 million in the divorce settlement, a drop in the ocean of Tiger’s rumoured $1 billion. The pair have two children together, six-year-old Sam Alexis and four-year-old Charlie Axel.