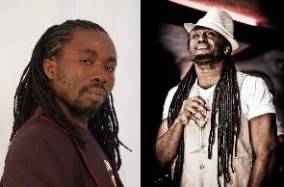 Two prominent hiplife musicians, Obrafour and Reggie Rockstone, will be honoured at the second Back In The Day concert slated for December 6 at the Accra International Conference Centre.

Organisers of the show, Empire Entertainment, believe the two artistes have paid their dues in the hiplife arena and deserve to be honoured.“Obrafour and Rockstone are among the finest hiplife musicians. They have contributed a lot and we think they must be celebrated. We are not saying the others have not done their part, but these two stand out,” Empire Entertainment’s Bola Ray pointed out.

He stated that the artistes would perform for about an hour each on the night.

Obrafour on the night will perform songs such as Kwame Nkrumah, Pae Mu Ka, Yaanom, Aden, Agoro No Aso and Kokonsa.

Rockstone will also thrill the audience with songs like Eye Mo De, Keep Your Eyes On The Road, Sweetie Sweetie, Tsoo Boi, Nightlife In Accra and Agoo.

The Back In The Day concert seeks to bring back to life and celebrate the great music, artistes and sound engineers of the past decade.