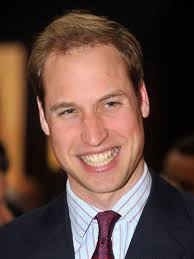 The death of Nelson Mandela is “extremely sad and tragic”, Prince William has said.

The Duke and Duchess of Cambridge were watching a film about the ex-South African president when the news broke.

Speaking after the premiere, he said: “We were just reminded of what an extraordinary and inspiring man Nelson Mandela was and my thoughts and prayers are with him and his family right now.”Prime Minister David Cameron said Mr Mandela was a “hero of our time”.

Flowers, candles and other tributes have been left outside the South African High Commission in Trafalgar Square.

The site was the once the scene of freedom vigils for Mr Mandela, who led South Africa’s transition from white-minority rule in the 1990s after serving 27 years in prison for his political activities.

Prince William and Kate were watching the UK and European premiere of Mandela: Long Walk To Freedom at the Odeon Leicester Square in London as part of the Royal Film Performance.

The film’s cast, including British actor Idris Elba, who plays Mandela, and Naomie Harris, as his ex-wife Winnie Mandela, were also at the event, along with his daughter Zindzi Mandela.

Meanwhile, England’s cricket squad paid their respects to Mr Mandela by wearing black armbands as they stood for a two-minutes silence before the start of the second day of the Second Test against Australia in Adelaide.

And British Formula 1 Mercedes driver Lewis Hamilton said in a Facebook statement that meeting Mr Mandela was one of the “most special moments in my life”.

He added: “One of the most inspirational human beings to have lived & without doubt the nicest man I ever met. I will miss you, we will miss you.”

Mr Mandela, 95, had been receiving intense home-based medical care for a lung infection after three months in hospital.

His death was announced on South African national TV by the country’s president Jacob Zuma.

The Archbishop of Canterbury, the Most Reverend Justin Welby, was among the others in the UK to pay tribute to Mr Mandela.

He said: “The death of President Nelson Mandela was announced in memorable words by President Zuma.

“South Africa has lost its greatest citizen and its father. Nelson Mandela, fighting to the end, is freed to be with his God in joy and reward for his great service and sacrifice.”

Archbishop Philip Tartaglia, the Archbishop of Glasgow and president of the Catholic Bishops’ Conference of Scotland, said: “I will remember Nelson Mandela not only for his courage and his ideals.

“Rather I will remember him for the great example he gave of the power of forgiveness. And from his forgiveness great hope grew.”

From the Church of Scotland, The Right Rev Lorna Hood, the Kirk’s Moderator, said: “Nelson Mandela was a towering figure of the 20th century whose strength, courage and determination are only matched by his grace and ability to forgive.”

Mr Mandela made several visits to the UK after his release from prison – the first in April 1990 when he met politicians in the capital as deputy president of the African National Congress and attended a concert in his honour.

In 1996, thousands of people turned out to see him in Trafalgar Square during his State Visit, two years after he became president. And nine years later he launched the Make Poverty History campaign in London.

In 2007, Mr Mandela was back in the UK when a statue of him was unveiled in Parliament Square.