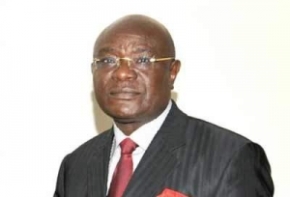 Speaker of Parliament, Mr Edward Doe Adjaho, has banned the use of the Akan word ‘tweaa’ in Parliament.

The speaker put a stopper on the use of the word after Isaac Osei, NPP MP for Subin, brought his attention to the word’s continuous use in the House by other members.

The Speaker believes the use of ‘tweaa’ is not parliamentary and must not be a part of “Parliamentary lexicon.”

Tweaa is an Akan interjection used to express contempt for a statement made.

Its use gained currency after District Chief Executive (DCE) for Ahafo Ano South,  Mr Gabriel Barima, flared up when a member of an audience he was addressing at Mankraso in the Ashanti Region used it to express contempt for a statement he had made.

The enraged DCE stormed out of the meeting after stating, among other things, that the person who made the statement was not his “co-equal.”

For the past three weeks, some Members of Parliament have used the word against their colleagues making statements or contributions to statements on the floor of the House.