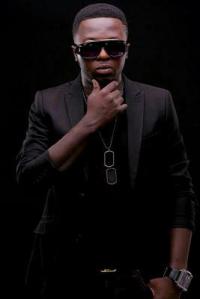 Nana Yaw Adjei Yeboah Maradona, also known as Guru, is a Ghanaian rapper who has brought out a lot of great music. He hails from the Brong Ahafo region. The legendary rapper has worked with different artistes such as Nana Acheampong, Kwadwo Nkansah Dobble, Gasmilla and Obrafour.  In his early music career, he was second to Samini to have won a Ghana Music Award without releasing an album. The Vodafone Ghana Music Awards 2014 will be held on 3rd of May at the Accra International Conference Centre and Guru is nominated for several awards. He is nominated for awards such as ‘Artiste Of The year’, ‘Vodafone Song Of  The Year ‘(Boys Abr3), ‘Hiplife/Hiphop Artist Of  The Year’, ‘Hiplife Song Of The Year’ (Boys Abr3), Best Collaboration Of  The Year (Azonto Boys ft. Liwin) and ‘Best Rapper Of  The Year’.

The song ‘Akayida’ (Boys Abr3)  was a big hit. Since it was released, people from all over the world have been dancing  ‘Akayida’. Initially, there were a lot of different spellings given to the popular dance such as ‘Al Qaeda’ and ‘Alkayida’.  It left many people confused on why a great dance would be spelled like that. According to Guru, he never intended to release the video of the song but he was forced to do in order for people to understand the true meaning of the song. Although Guru faced a lot of criticism, that didn’t stop him from defending himself into explaining what the song actually means and come out with the right spelling of the word.

Music was a big factor during course of the interview. On giving the meaning of the dance, he emphasised on the tempo of the song which is a bit slow by saying “When you are tired, you don’t have much energy to move too much. So you can’t dance that fast. That is why it’s called Boys Abr3(Boys are tired). That is why the name is Akayida. The song never talks about anything negative”.

PN Iridescent: Why was it that the dance ‘Akayida’ was first formulated as ‘Al Qaeda’?

Guru: The word was spelled wrongly by some people. Don’t blame them for it. Because there was a lot of controversies around the song ‘Akayida’, I never came out officially with the spelling of the word. I never intended to shoot the music video but I was forced to because people were finding it difficult to understand or accept it. When the music video wasn’t out, people were misspelling the word because they thought it was more of a Taliban word. Blackberry is a fruit. But now, Blackberry is seen as a phone. Everything is possible in music. ‘Akayida’ is the name of a dance. The video will help everybody to understand it. When the music video came out, some people wanted to take it to the parliament, court and drop it out of the system because Ghana doesn’t have any affiliation with the Taliban. Ghana is a peaceful country. Many artists made songs about the dance. They misspelled it and none of the songs made the dance popular but mine did. My video helped people to understand the meaning of the dance. The song is not about negativity but positivity.

PN Iridescent: Do you know who came up with the name of the dance before your version of the word came out?

Guru: One thing is that there were a lot names given to the dance. Some called it Taliban. It was funny because everybody wanted to help introduce the dance. What I do as an artist is to take something from the society in a positive way. That is exactly what I did. I heard so many Akayida songs after I released mine. It’s not about the name of the song, it’s about the dance. There was a viral video of someone doing the dance and spelled it A-L-Q-A-E-D-A. People were watching it and enjoyed it. After it got serious, that was when I came out with the correct spelling.

PN Iridescent: How was it like working with Kwadwo Nkansah?

Guru: It was a challenge to work with an actor and a rapper. I always play a role in every video that I come out with. I played the role of a radio presenter in the music video of ‘Kasiebo’. I played the role of a Pope in the ‘Mma Kuo’ video. Kwadwo Nkansah is the no.1 actor in Ghana at the moment. It was more of bringing something new to it. I was able to get him to rap and it worked.

Guru: I’ll be touring much more in Africa. The real target after the VGMA 2014 is to go mainstream worldwide. I think it’s about time I do that. I’m still working hard on it. Charity begins at home. I need to satisfy the people in Ghana before I move out. I’m just trying to enlarge my fanbase.

PN Iridescent: Your last words to the fans before the end of this interview.

Guru: They should watch out for more songs and dance from me, Guru. We’re about to take the world by storm with our own Ghanaian songs and various styles of rap. I’ll give them the best that they expect. You can follow me on twitter(@Gurugh).

Voting is still ongoing till the end of april and only for those living in Ghana.

© PN Iridescent. All rights reserved. Do not copy, reproduce, publish, rewrite or redistribute this material in whole or in part without prior written permission from PN Iridescent.