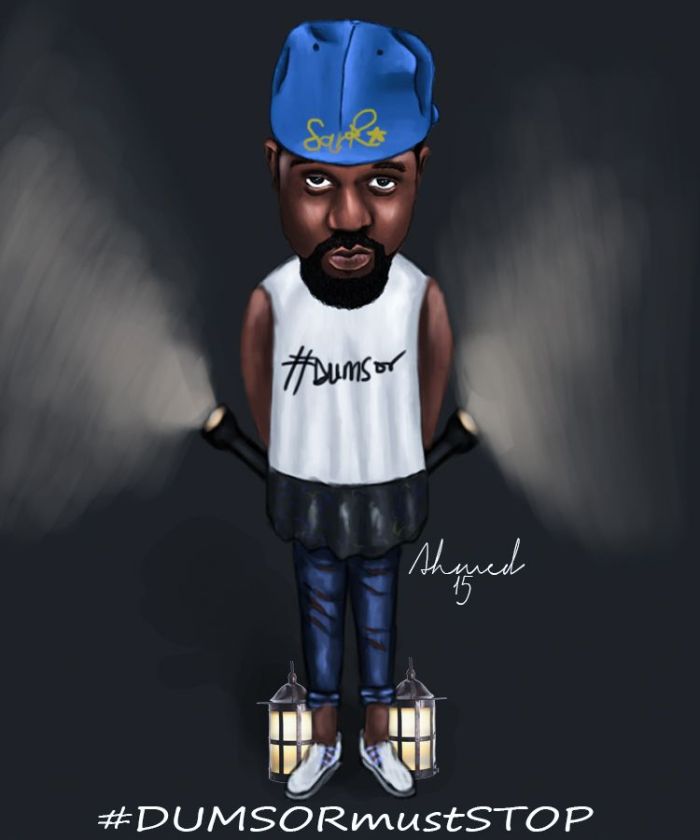 There have been number of artwork published on social media concerning the #dumsormuststop and this digital painting is one of them. It was made by Addo Boakye Owusu, a 20-year-old teacher in training at the Presbyterian College of Education

in Akropong-Akuapem in the eastern region in Ghana. He is specialises in Arts.

Albeit he’s is a beginner, he has delivered an awesome artwork of Sarkodie in support of the #dumsormuststop demonstration which will take place on May 16 in Accra.

Asking Addo what led him to make the painting, he replied that he likes how a celebrity is concerned about the current energy crisis. According to him, that would make the government realise that many Ghanaians aren’t happy about it.