A motorcycle jacket worn by the late pop star Prince in his 1984 film “Purple Rain,” when he rides through the woods with the movie’s leading lady, Apollonia, will be sold at auction, the company behind the sale said on Friday.

The V-neck jacket, which is black with white cross-hatching and has leather sleeves from the elbows down, will be presented for sale in Profiles in History’s auction between June 29 and July 1 in Calabasas, California.

Brian Chanes, who handles client relations at Profiles in History, said the auction house received the jacket about six weeks ago, before the musician’s unexpected death on April 21 at age 57.

Officials from the company had estimated the jacket would sell for between $6,000 and $8,000, but that was before Prince’s death, which drew an outpouring of tributes for the seven-time Grammy-winner from President Barack Obama, Hollywood figures and fans worldwide.

Profiles in History officials said few items of Prince memorabilia have ever been offered for sale.

The jacket was given to a make-up artist for Prince and Apollonia Kotero, a singer who starred as the pop star’s girlfriend in the 1984 film “Purple Rain,” and the make-up artist’s sister is the consignor for the sale, said Jeff Hare, a spokesman for Profiles in History.

The auction will be open to participants worldwide through the Internet, the company said. 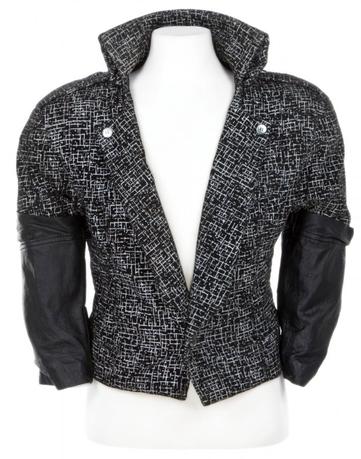 Prince ”Purple Rain” jacket is shown in this image released on April 29, 2016. Courtesy Profiles in History/Handout via Reuters

Prince’s death at his home called Paisley Park near Minneapolis is under investigation by officials in Minnesota, but they have said there is no indication of suicide or physical trauma.