NFFG (Nollywood Film Festival Germany), which is founded by cultural ambassador, Isaac Izoya is a viable platform designed for Nollywood (Nigerian/African) filmmakers to showcase their movies to Europeans and Nollywood fans in the diaspora, while NEGA (Nollywood European Golden Awards) is the arm of the event designed to honour Nollywood stakeholders, stars, comedians and musicians. 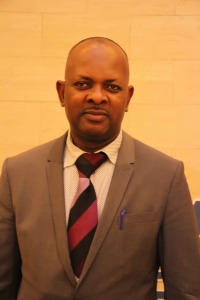 NEGA has also been expanded to recognise the artistic bias of outstanding politicians and business men whose actions have directly or indirectly added impact on the industry, thereby shaping what it has grown to become today.

The event which has been in existence since 2014 in Frankfurt, Germany, in alliance with Hessen State Ministry of Arts and Culture (Städt Frankfurt Kulturamt), The Ministry of Multicultural Affairs (Amt für multikulturelle Angelegenheiten, AMKA), Nigeria Embassy, Berlin, Germany, the Consulate-General of the Federal Republic of Nigeria – Frankfurt, Germany and of course, the Nigeria Community Frankfurt Am Main e.V among others, will see Lancelot Oduwa Imasuen’s film ‘Wede’ opening the premiere on 30 August 2019 at the Filmforum Höchst VHS Cinema, Emmerich-Joselstr 46A 65933 Frankfurt am Main, Germany from 5.30pm to 7.30pm. ‘Wede’ exposes the obnoxious and debilitating negative effect of female genital mutilation which is still very much rampant among rural dwellers in the midwestern part of Nigeria. A young lady got determined by leading other women to a revolt that saw an age long tradition abolished.

The festival will climax on 31 August, 2019 with the Nollywood Europe Golden Awards and Gala-night/Afterparty where 2 Baba will thrill the audience to a musical experience and comedian Fiddy Ice is listed to anchor the event. Other artistes that will perform at the event include some Europe-based musicians Don VS from Italy, Chuks Cbily from Germany, Lilian Dinma from Denmark, Mark Edo the Shaking Shaking master from Spain, Berlin-based Keishera and Ghana top star – Zeal of VVIP (the Afrobeat star that has already done a collabo with 2 Baba) among others.

Also in the lineup are DJ Stone and DJ Dee. At the event, several industry big wings are expected to win awards for their contribution to Nollywood in 2019. Also listed for a special award is Alhaji Bola Adenekan, a philanthropist who is based in Heidelberg, Germany. He has single-handedly equipped and transformed several hospitals in Nigeria as well as offered free health care for high risk treatment with European doctors without borders.

Other awardees that are expected to pick up their NEGA awards during the ceremony are Nollywood top director, Lancelot Oduwa Imasuen, Nollywood Diva Rita Edochie, music icon Idibia Innocent Ujah in celebration of his 20 years on stage with his manager Mr Omorogbe Efe and Don VS, the present best Nigerian music star in Europe.

Some of the highly distinguished personalities expected to grace the event are: His Excellency Ambassador Suleiman Dauda Umar – Consul-General of the Nigeria Consulate in Frankfurt, Germany who is expected to follow the years old Nollywood event tradition. He will personally present the 24-karat gold NEGA award to Innocent Idibia a.k.a 2Baba at the gala night. Others are medical doctor Professor Edwin Scott from Heidelberg and a retired military officer, Mr Weinbrod, who is the CEO of HRW GmbH in Offenbach to name but a few.

Some of the supporters of the event this year are the Lindner Congress Hotel, Bolongarostr, Frankfurt am Main, which is offering guests fantastic discounts on their lodgings and of course Hessen State Ministry of Arts and Culture-(Städt Frankfurt Kulturamt), Frankfurt Film Forum Hochst cinema, Nollywood Restaurant, Black Stars club of Mannheim just to mention but a few.

During NEGA press conference in Frankfurt Am Main, Mr. Isaac Izoya said: “We are good to go! The expectations of 2Baba are just beyond my imagination. In living up to those expectations, our team also chooses a well befitting location (SARAY TÜRKUAZ EVENT CENTER. ERNST-WISSSTR 20 65933 FRANKFURT, GERMANY for fun unlimited. By GOD`S GRACE, we are ready to host both Nollywood and 2Baba/2Face fans across Europe and make them feel superb because THE SHOW MUST GO ON!”, he concluded.