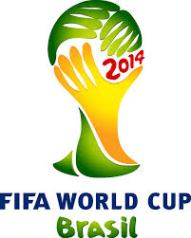 The prize money at next year’s World Cup finals will be increased by at least a third from that on offer in South Africa in 2010, FIFA general secretary Jerome Valcke said on Tuesday.The overall prize money for the tournament will rise to approximately $560.0 million (£341.3 million), around $140m more than the $420m available in 2010, when $30m was on offer to the winners.

It means the winners of next year’s tournament in Brazil will pick up around $40m.

“There will be a large increase of at least 33 per cent if you compare (the prize money) with the last World Cup, but this figure will be confirmed after the finance committee meets on Wednesday,” Valcke, speaking at a news conference at the resort in Bahia state where the draw for the finals will take place on Friday, told reporters.

“Also, there will be around $70 million available to the clubs who provide players for the teams in the World Cup, higher than last time as well.”

Valcke said full details of the prize money would be announced on Wednesday.

The prize money available in South Africa was 60 per cent higher than that offered for the 2006 finals in Germany.