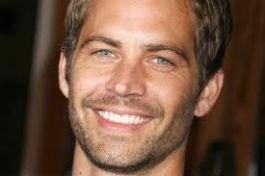 The Los Angeles County Department of Medical Examiner-Coroner released the results of the autopsies of Paul Walker and Roger Rodas on Dec 4 2013. It has been revealed that Paul Walker died of traumatic and thermal injuries while Roger Rodas died of multiple traumatic injuries.

Their injuries began due to automobile versus fixed objects, which would be the trees and the pole that they hit. Their deaths were an accident.

According to TMZ, both bodies were almost unidentifiable after the tragic car cash. and according to AP, the autopsy was completed on Dec.3.

Due to the horrific car crash, the autopsies were on hold because the dental records of Paul and Roger were not yet available.

It has also been reported that the car hit four trees and a lamp post in Santa Clarita in California while Paul and Roger were on a test drive. The sad part of is that the tragic accident occurred during the charity that Paul was hosting for victims affected by the Philippines storm.