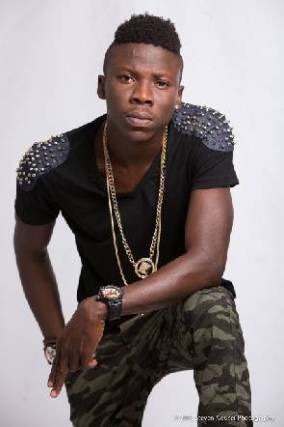 Read more on  what The General Telegraph reported:
Following his recent trip to the UK, one of Ghana’s vibrant dancehall artistes Stonebwoy, has landed himself a performance at the “Sting” an annual Christmas concert in Jamaica, come 26th December this year.

In an exclusive interview with the General Telegraph, the artiste expressed excitement about his upcoming performance, describing it as an opportunity to get known on another global platform, get more partnerships.

He stated his seven week stay in the UK gave him an opportunity to come into contact with Randy Valentine, a renowned UK based Jamaican artiste.

Singer of the “Pull Up” stated that “works are in progress and I am about 80% ready to go perform at Jamaica.”

He would be partnered by another UK based Jamaican Band: Bonafide Reggae, and perform along other artistes including, Two Chains, Bovado and Binny Man.

During his seven week stay in the UK, Stonebwoy performed at several concerts including the Northern Hill Carnival, the Traditional wear Concert, however, his appearance at the “Sting” will be the first time a Ghanaian artiste will be performing at the Jamaican show.