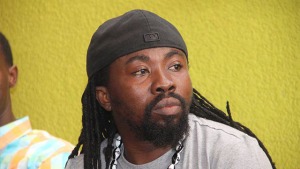 Execution Entertainment Boss, Obrafour in a recent interview revealed how pissed he was with God for taking away his mother.

“Growing up with five siblings it was quiet tough. I didn’t grow up in that kind of environment where you could lay your hands on everything that easily.

“My mom was selling but it was quiet okay, my dad died early, mom had to take care of us. I was about 13 when my dad passed on and my mom also passed when I had just entered sixth form.

“I was quiet pissed with God, I don’t know why I was that pissed but I believe I hadn’t really understood the ways of God.

“So I stopped church for a while but with time when I got healed, I understood and believed in him again.

“At that point of my education I didn’t believe anything of that nature will happen to me. As a young man I looking forward to complete my education and be what I had aspired to be for so long but that dream was truncated, it wasn’t easy.

I got to realize things happened for a reason and so now I do appreciate a lot of things now.

The rap sofuor gearing towards the release of his Obrafofro album recounting life after his parents passing revealed;

“My elder sister was in America then and had promised to take me abroad but the hope of flying abroad faded because it wasn’t materializing.

“I became a very disturbed young man. But every month I got one cedi sixty pesewas from my sister. Things weren’t that hard because there was food at home always but I wanted to be my own man.

“At a point I moved in with my friend and did whatever came to mind just to survive.

“Sometimes we would go and buy rice and I will look out for my friend and he would steal. It wasn’t that much because we only did that when things were hard and we needed something to eat.”