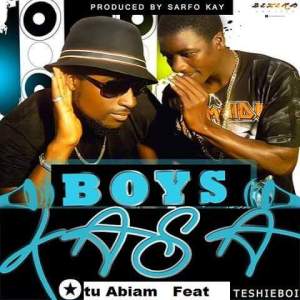 ‘Boys Kasa’ is a slogan which is heavily inspired by the well known comedy series with Kalybos starring as lead actor. The term or slogan simply means “Boys Talk Too Much” . In this context, it’s about men that say a lot negative things about people.
According to the upcoming Ghanaian rapper Otu Abiam, the song is about telling the youth to be careful with what they discuss with friends. Keeping your secrets will avoid people talking about you or make you the “Talking Point” at every gathering. 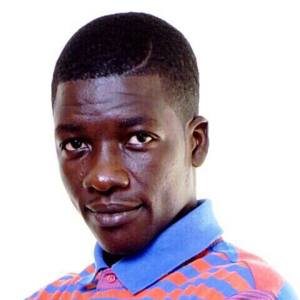 Samuel Otu Danso a.k.a. Otu Abiam started rapping in high school and participated in rap battles. He has taken rap a step further by recording a few number songs as well. He often makes Hiphop music.

“I decided to do music because I wanna bring something different in the game. For me, music has to be motivating and very conscious to have positive impact on the “average” listener. That’s my belief. I released my first song which was a refix in 2014 and it was produced by Samini’s personal producer called Brainy Beats. Now, I have 12 songs to my credit and I’ve also had the opportunity of featuring in season 1, episode 2 of the Big6Cypher hosted by Dj Bibini which was sponsored and presented by Bjrlive FM and Loudsoundgh”, he wrote in an e-mail.

Listen to the song here.