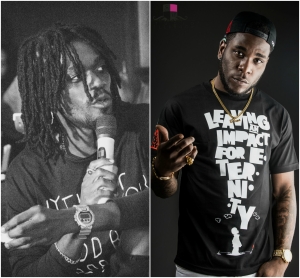 Artiste Burna Boy used DJ Vision and A.I.’s ‘Grind’ beat and chorus without their permission for his own song entitled ‘Chillin Chillin’. It’s all over internet that it features Ghanaian artiste A.I. Surprisingly, Vision DJ neither gave Burna Boy permission to use the beat nor did Burna Boy collaborate with A.I. According to journalist Eugene Sarfo-Nkansah, the case is in court. He revealed on Monday 7 August on Okay FM’s Total Showbiz that he exclusively interviewed the Nigerian artiste about it. The interview will be released after the court case.

Burna Boy has blocked A.I. and DKB on Twitter. Apparently, anyone that wrote anything against Burna Boy concerning the issue got blocked.

Pls everybody asking, nigga has received no blessings or backing from me, @ai2ligit or our team.thank you

I don't have shit to do with that 'chilling chillin' shit though so, ya! It's not a re-up. I don't know what he's talking about.