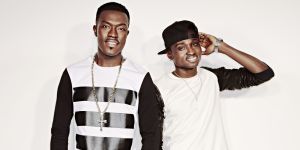 Reggie N Bollie were interviewed by Afua Adom on The Afropolitan Mix show on ABN Radio UK on Friday 27 October, 2017. They spoke about ther new single ‘On The Floor’, which featured King of Dancehall Beenie Man. Moreover, they also spoke about their upcoming videoshoot for the single which will occur in Jamaica this weekend.